Another Meeting of Broiler Wing of PPA was held on 19th October, 2019 at Poultry House, 24 –R ,Johar Town, Lahore.

Ch. Muhammad NusratTahir, while addressing the meeting said that all the farmers should keep themselves in contact with each other and maintain cooperation bonds with each other to bring uniformity in their work to share the information related to business.Mr. Khalid Saleem Malik while discussing the importance of unity and membership of PPA either layer or broiler farmer should get membership of PPA so that this forum is made more stronger than ever. He emphasized that quality feed should be fed to flocks, so that better production is taken only 1-2% fishmeal should be added in layer feed. He further proposed that feed given to the flocks should be absolutely free of toxins and antibiotics. Heproposed to give those medicines to chicks that remain in gut instead of mixing with blood. By doing this we can be able to increase the production.

It was decided that consumer education campaign should be run to create awareness amongst the masses about advantage of eggs which are very important for growing children. It was also decided that we by our collective efforts should work to eliminate the stunting problem in children and to make women and men healthy as eggs are considered Super Food.

While concluding Ch. Muhammad Fargham Vice Chairman PPAs said that all the layer farmers should have inter relations like broiler control houses so that they could share the disease problems with each other ,if found on any layer farm. He hoped that by taking above mentioned steps, by the grace of Almighty Allah, we would be able to help the layer farmers to come out from critical situation

Ch. Muhammad NusratTahir(Former Chairman PPA-NR), Mr. RazaMehmoodKhursand and Dr. Abdul Karim address at the occasion. They all warmly welcome the newly elected Chairman Ch. Muhammad Fargham Vice Chairman PPA (NR). They were of the view that our newly elected Chairman will definitely work for the interests of Poultry Farmers to get maximum benefits from the concerned Government Departments. They encouraged him to work with more devotion and the entire poultry industry is behind him. Speakers were of the view that poultry sector of Pakistan is increasing its efficiency of work day by day. As this sector is providing employment to more than 15000 people in this regard this sector needs more attention from Government of Pakistan.

At the end Ch. Muhammad FarghamVice Chairman PPA –NR thanked  theMr. Tariq Javaid for inviting and organizing such a grand reception for him.  He  saidthat he is always available to help the poultry farmers and to provide them maximum benefit where possible. He admired the services given by Ch. Muhammad NusratTahir during his tenure. He appreciated the work which Ch. Muhammad NusratTahirhas rendered for consumer education activities.

Then a delicious lunch was served

At Rawalpindi World Egg Day was celebrated at Rawalpindi Chamber of Commerce and Industry, Arid University Rawalpindi and at Poultry Research and Institute Rawalpindi. Dr. Muhammad Aslam Chairman PPA. Mr. Khalid Saleem Malik,Dr. Hassan SarooshIkram and many others members of Pakistan Poultry Association participated in activities held during world Egg day at Rawalpindi. Awareness Walk and Seminar was also arranged Dr. Muhammad Aslam Chairman PPA and Mr. Khalid Saleem Malik addressed at the eve. They highlight the benefits of eating eggs and its Nutritional Importance. They were of the view that Eggs are super food and should be added in our daily diet to overcome protein deficiency in human body.Dr. Muhammad AslamChairman PPA while addressing at PRI said that Poultry Meat and eggs are cheapest source of protein and he recommend to take 2 eggs per day.

World Egg day was celebrated at Faisalabad Chamber of Commerce and Industry. Where prominent personalities and members of layer wing committee of PPA participated.A large number of students of colleges and universities were also present.Dr. QasimAltaf addressed at the occasion. He said that Eggs are the best source of protein and full of Nutritional values. In Faisalabad, RanaSaleemAkhtar, RanaRauf, Haji AltafHaider and Haji Mukhtar Ahmed took participation in the programs that included Egg Cooking, Seminars and Awareness Walks. They try their level best to create awareness amongst the masses and to guide the public about Nutritional benefits of Eating Eggs.

World Egg day was also celebrated at Agriculture University Faisalabad. Students of the university actively participated in the event. An awareness walk was also arranged at Faisalabad to highlight the benefits of eating eggs.

Celebration of world Egg Day in Other Cities of Pakistan

This year World Egg Day was celebrated with full enthusiasm in which Walks, cooking competition, press conference and Boiled Eggs were distributed amongst the participants, school students and Orphans. 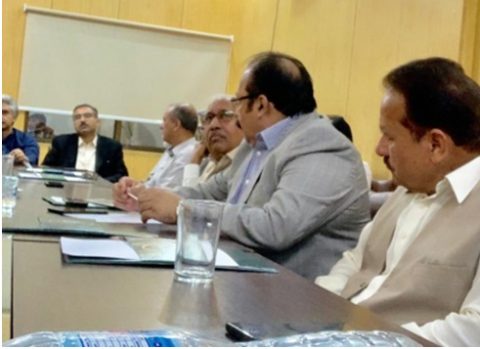 The meeting of the committee was held to monitor Ramzan  bazar Arrangements,Provision of subsidy provided on Poultry Meat and Eggs and price control during Ramzan Established all over the Punjab. Ch. Muhammad NusratTahirVice Chairman PPA (NR), Dr. Abdul Karim,RaiMansab Ali Kharl,Mr. RazaMehmoodKhursand, Mr. Tariq Javeed and Major (Retd) Syed JavaidHussainBukhariattended the meeting. It was decided that Rs. 10 /kg on chicken meat and Rs.5 on per dozen eggs subsidy will be provided by PPA in Ramzan Bazars. 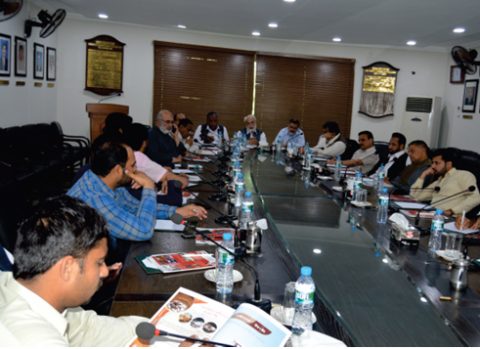